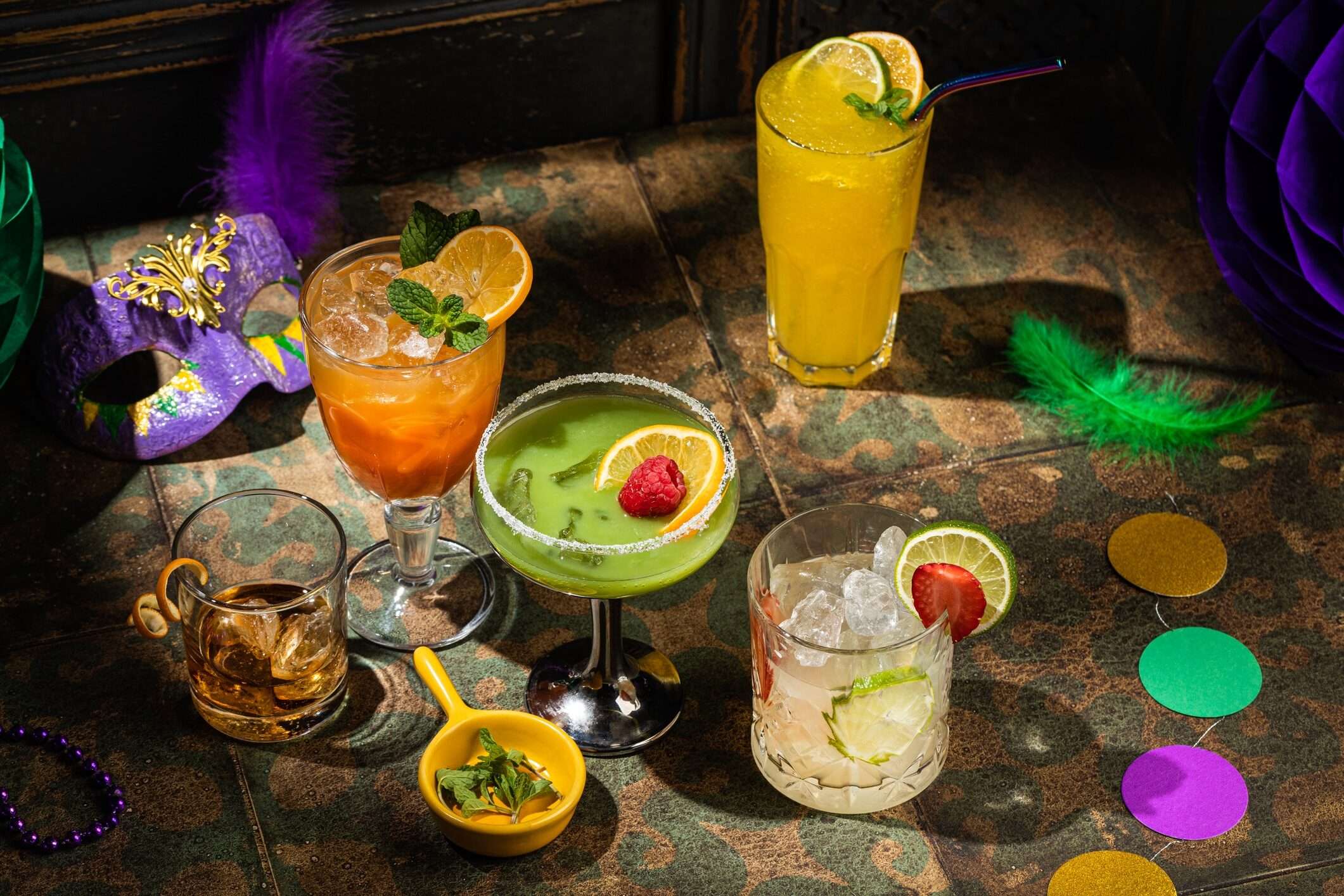 The French Quarter is a treasure trove for adult nightlife and drinking entertainment. With its many historic bars and clubs, as well as its rich cocktail culture, there are endless possibilities for a memorable night out in the city. One of the best options for anyone looking to enjoy an evening of drinks and a little bit of history is a New Orleans cocktail tour. Led by New Orleans Legendary Walking Tours, the Legends & Spirits Cocktail Tour takes you through some of the most famous watering holes in all of New Orleans, where local guides will teach you all about the history and lore behind some of the city’s most beloved cocktails created right here in the Big Easy! Do you happen to know which drink was the earliest produced? Keep reading this blog post to see if you have the right answer.

If you find yourself in New Orleans, be sure to order a Vieux Carré. This classic cocktail was created at the world-famous Hotel Monteleone in the French Quarter and has been a local favorite ever since. Walter Bergeron, the hotel’s head bartender at the time, was credited with crafting this unique drink. The name comes from the French term for “Old Square”, which was what the French Quarter was originally called. The Vieux Carré is made with rye whiskey, Cognac, Sweet Vermouth, Benedictine, Angostura bitters, and Peychaud’s bitters. It is typically served in a rocks glass garnished with a lemon twist. This perfect balance of sweet and bitter flavors makes the Vieux Carré a truly unique and enjoyable drink. If you find yourself in New Orleans, be sure to try one for yourself!

The Absinthe Frappe is a refreshing cocktail that was created at the Old Absinthe House on Bourbon Street in the French Quarter. The drink is made with absinthe, club soda, and simple syrup. At 55-70% ABV, absinthe is a very high-proof liquor, so be sure to pace yourself when consuming this cocktail! The Absinthe Frappe is commonly enjoyed in a tall glass with a straw and garnished with mint leaves.

When Henry C. Ramos opened his bar in New Orleans, he could never have imagined the success that he would find with his specialty cocktail, the Ramos Gin Fizz. This unique concoction combines tangy citrus flavors with sweet creaminess, making for a refreshing and satisfying drink. But despite this success, Ramos was not much of a drinker himself. In fact, it was his brother who had first suggested the idea of opening a bar to him in the first place.

Despite his relative lack of interest in drinking, Ramos stumbled upon one of the most popular cocktails in history. The original recipe for the Ramos Gin Fizz consisted of gin, lime and lemon juice, simple syrup, orange blossom water, heavy cream, egg whites, and club soda – all stirred together until aerated. Tasting something like an ice-cold creamy smoothie on a hot day, this unique refreshment quickly rose in popularity amongst New Orleans locals, and soon became known far beyond the city’s borders as well. Today, the celebrated cocktail is still enjoyed all over the world by lovers of sweet drinks with just a hint of tangy brightness.

Pat O’Brien’s Bar is synonymous with the famous Hurricane cocktail. This beloved cocktail was first created right here on Bourbon Street, and it quickly became a staple of New Orleans. Made with rum, passion fruit juice, orange juice, lime juice, and grenadine, this fruity drink is packed with vibrant flavors and topped off with a cherry and orange slice for garnish. Served in an elegant hurricane glass to match its namesake category of tropical storms, this vibrant concoction has become a true icon of the Big Easy. Whether you’re enjoying it at Pat O’Brien’s or in one of the many other bars in New Orleans, tasting this iconic cocktail is an experience that all lovers of city culture must have at least once!

The Sazerac is a classic New Orleans cocktail that dates back many years. This iconic drink was created by Creole apothecary Antoine Peychaud in 1838, and the name of the drink comes from Peychaud’s favorite French brandy, Sazerac-de-Forge et fils. The traditional recipe calls for rye whiskey, absinthe, simple syrup, and Peychaud’s bitters, but today there are many variations of the drink. It is typically served in a rocks glass with a lemon twist, and it has a strong, distinctive flavor that is sure to please any bourbon lover. If you find yourself in New Orleans, be sure to stop by the Sazerac House and try a classic Sazerac cocktail. Cheers!

Now that you know a little bit more about the history and origins of some truly delicious cocktails, you might have guessed that the Sazerac was the first cocktail from New Orleans! Its roots can be traced all the way back to 1600s France when it was first created as part of the Cognac business. Over time, this alcohol business earned popularity by establishing coffee shops and bars across the Big Easy, eventually leading to the creation of the cocktail we know and love today. Thanks to its rich history and unique flavor profile, the Sazerac remains one of the most iconic and beloved cocktails in the world.

If you’re looking for a fun and exciting way to experience the best of New Orleans, look no further than the Legends & Spirits Cocktail Tour. Offered by New Orleans Legendary Walking Tours, this tour is the perfect opportunity to sample some of the finest cocktails this city has to offer. Whether you’re a serious cocktail connoisseur or just looking for an enjoyable night out, you’re sure to have an amazing time on this tour. With specially trained guides who know everything there is to know about these legendary libations, you’ll be sure to get an authentic taste of the local flavor. So, book your New Orleans Cocktail Tour today and experience a truly legendary night out!

The French Quarter is a treasure trove for adult nightlife and drinking entertainment. With its many historic bars and clubs, as well as its rich

New Orleans is a city well-known for its plethora of historic streets, from the infamous Bourbon Street and its vibrant nightlife, to Decatur Street with